Insurance Offices of America (IOA) Chairman and CEO Heath Ritenour’s hard work, leadership, and experience have helped his company grow and expand its operations, and his success has not gone unrecognized by those in the insurance industry and within the central Florida community.

Due to his efforts in helping grow IOA into the 13th largest privately held insurance agency in the country, Heath was named a CEO of the Year honoree by Orlando Business Journal in 2018.

Here are a few additional honors Heath has been awarded that recognize his contributions as both an innovator and thought leader in the industry. 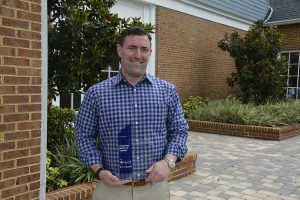 Heath has proven himself as a leader in the insurance industry time and again. Because of this, he was a nominee on Insurance Business’ Hot 100 List in 2020. This annual award is given to those who have “pushed the industry forward” and is a testament to their admirable display of dedicated leadership throughout the year.

The list includes a variety of bellwethers, including those who launched new firms, created new industry technologies, and extended the impact of their family businesses — an achievement that Heath has expertly attained.

Amid the unpredictability of the industry, the professionals on the list, including Heath, have defied standards and kept the industry thriving. Whether trends are evolving or consumer demands are changing, Heath has proven he can weather the storm and retain success. 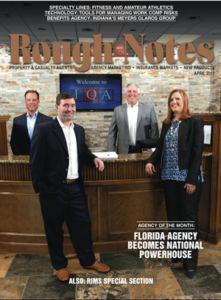 In the Agency of the Month cover story, Heath says the agency improves its client’s bottom line through mitigation and risk management. He goes on to explain how he can show clients where they stand in the industry and “what they need to become the best.”

Relationships Are the Real Reward

With every recognition and award, Heath continues to showcase the importance of working hard for success while striving to make an impact on the industry.

However, Heath feels his dedicated team is the most rewarding part of his job, and he does not pass up an opportunity to champion their role in IOA’s success story.

“What makes us so special is our people. I don’t care what organization you’re a part of. You’re only as good as your people, and I will absolutely put our folk’s line by line up against anyone in our industry.”

Heath is growing his business through the values IOA was founded on Authenticity, Honesty, and Innovation. As IOA’s leader, Heath is looking forward to continued growth and expansion in the years to come.

“It’s about building something. It’s about being different. We’re not like everyone else in our industry. We live in a world of sameness, and our goal — and what gets me fired up — is to wake up every morning and build something that looks nothing like our entire industry.”